Home » Films » A fascinating article about the early history of anime. 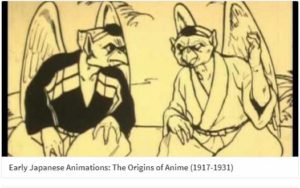 Japanese animation, AKA anime, might be filled with large-eyed maidens, way cool robots, and large-eyed, way cool maiden/robot hybrids, but it often shows a level of daring, complexity and creativity not typically found in American mainstream animation. And the form has spawned some clear masterpieces from Katsuhiro Otomo’s Akira to Mamoru Oishii’s Ghost in the Shell to pretty much everything that Hayao Miyazaki has ever done.