Home » Films » Symbolism you may have missed in some very well-known classic movies. 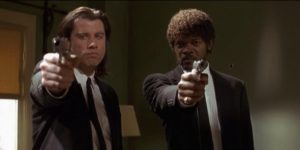 Symbolism is an underlying and often distinct theme that pervades a work of writing. It is usually buried very subtly under the main narrative of a story or conversation in order to reinforce the main themes and add a certain layer of depth that would be missing otherwise. It is something that has always been regarded more as a term for an aspect featured in literature rather than in film. This may be true but it doesn’t stop many filmmakers from employing the use of symbolism in their movies in very subtle ways. After all, many films are adapted from books every year no matter how loose the adaptations may be.