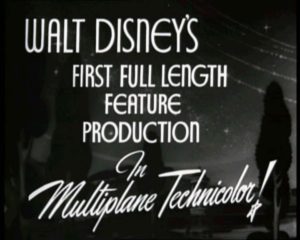 Though one could be forgiven for assuming that the animation revolution began in 1937 with the release of Snow White and the Seven Dwarfs, the genre has actually existed almost as long as its live-action counterpart. This timeline charts animation’s humble beginnings all the way through to its pervasive use within the realm of special effects:

1906 J. Stuart Blackton’s Humorous Phases of Funny Faces is released. It is a three-minute short in which Blackton creates animating drawings of faces and people against a plain blackboard.
1908 The first short comprised solely of animated images, Emile Cohl’s Fantasmagorie, receives its premiere in Paris.
1908 Humpty Dumpty Circus marks the first use of stop-motion animation on film.
1914 Earl Hurd invents the process of cel animation, which would revolutionize and dominate the industry for much of the 20th century.